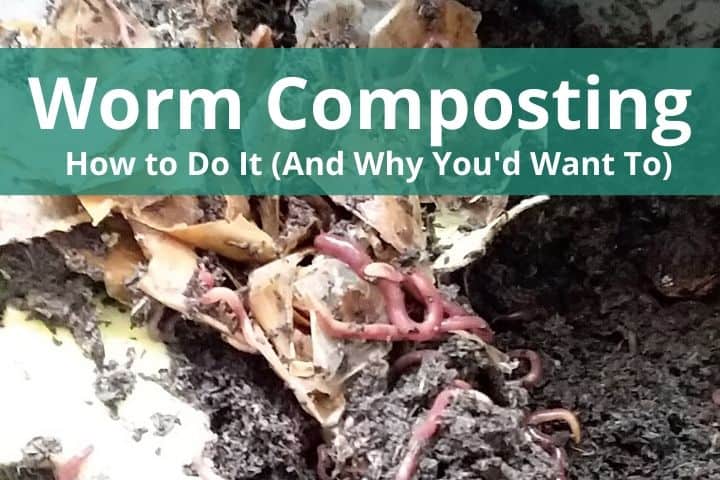 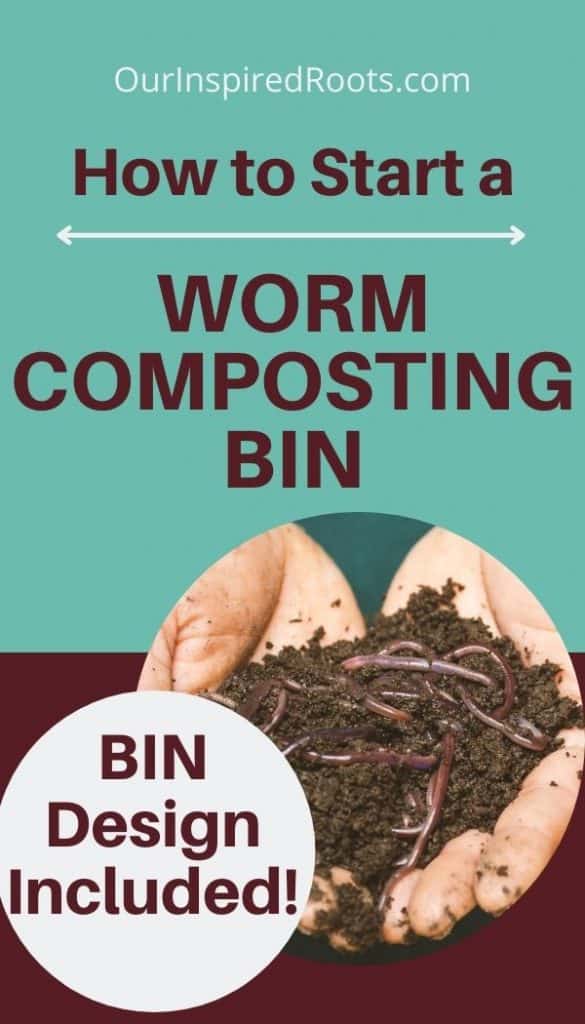 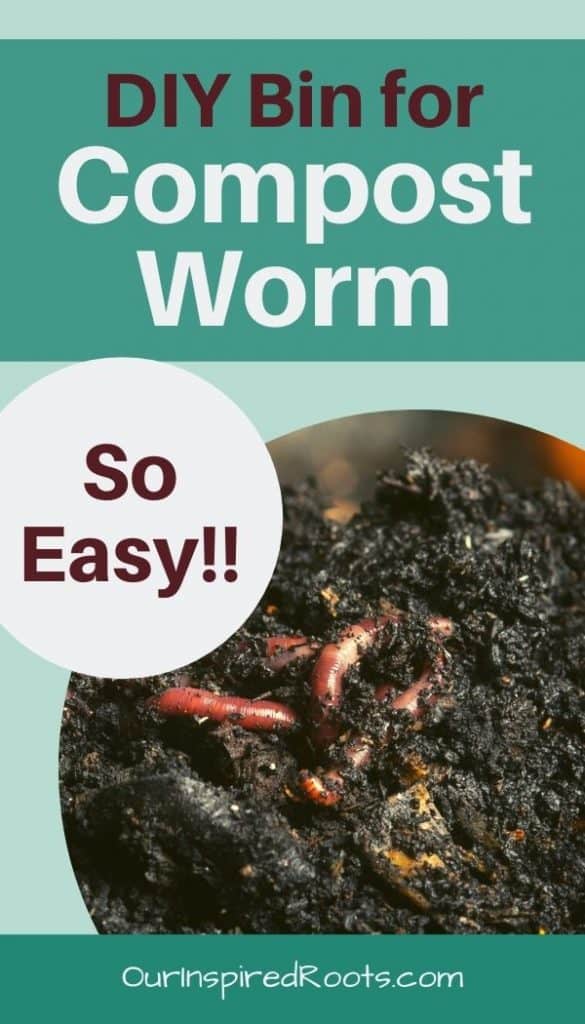 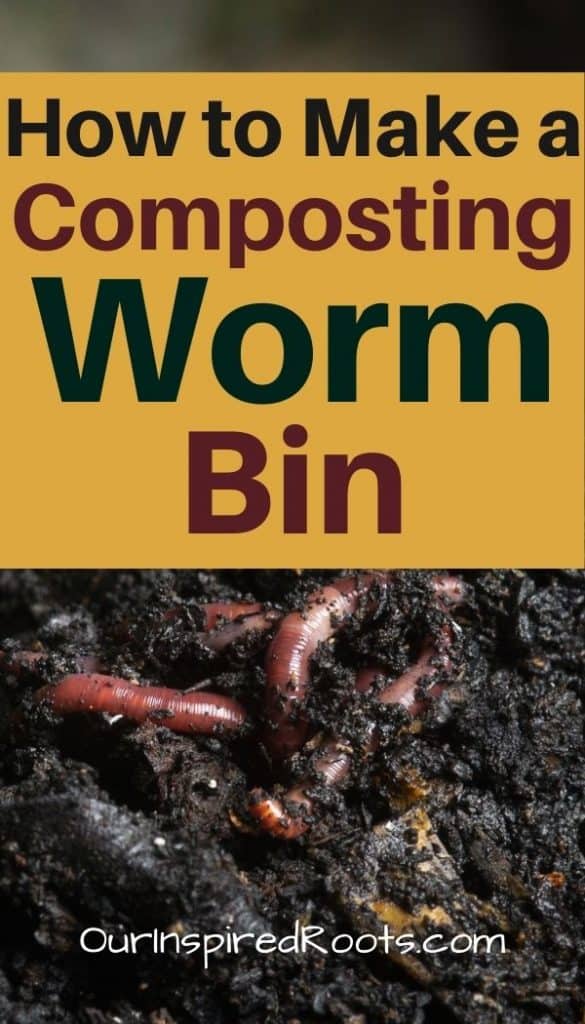 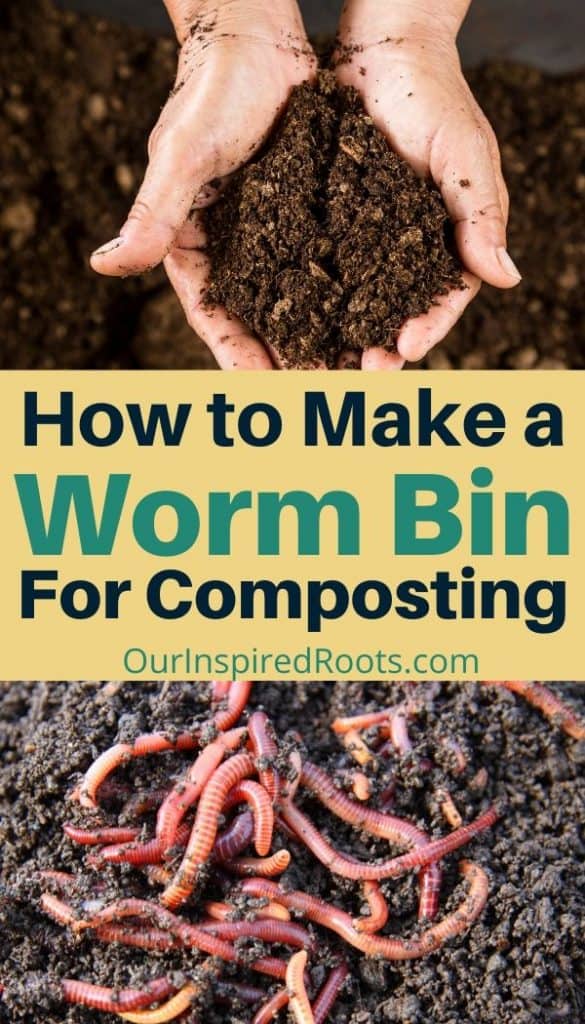 If you’re wondering how you can compost your food scraps if you don’t have a yard, vermicomposting (or worm composting) may be the answer!

I have been turning kitchen scraps into rich healthy compost for about a year now and I love it. It’s perfect for apartment homesteading, or when you don’t own any land (which is lots of us!).

Vermicomposting (or worm composting) is a system of composting that uses worms to convert organic waste into organic fertilizer.

It’s similar to regular composting except the pile relies heavily on worms (instead of microbes) to do most of the work.

Worms eat the organic material and create worm castings (worm poop) that can fertilize your garden.

We all know there are many benefits of composting food scraps instead of tossing them in the trash. For one, composting reduces food waste.

The EPA estimates that food waste is about 22 percent of what goes to the landfill.

Composting can turn that material back into usable nutrients for plants. It also reduces your trash bill, which is always nice!

Additionally, a worm composting system is a perfect solution for people who don’t have land.

It’s also a good choice if you want to start to compost in the winter, but don’t want to bring scraps outside (or don’t want to wait for them to warm up enough to compost!).

Composting worms are really easy to take care of and you get lots of great food for your garden or indoor plants.

Actually no. There is only a mild earthy smell when you open the bin if you do it right. Mine sits in my dining room right next to my seat and if it smelled I would definitely know about it!

How to Build a Worm Composting Bin

There are lots of worm bins available to buy online or you could make your own from many different materials. But a plastic tote is the easiest DIY version and much cheaper than buying a worm system.

You want to create an environment that mimics nature, so you need a dark place with plenty of air, organic material, and water.

You also want to have drainage to keep the bin from getting too wet. Here’s how to make a basic worm composting system.

That’s it for building the worm composting bin. Now you need to know how to fill it with worms.

How to Start Your Worm Composting Bin

Now that your bin is made, you need to add your worms and kitchen scraps. Here’s how to do this:

Bedding is both food and “home” for the worms. Think about this like the brown material you would add to an outdoor compost pile.

Start by filling the worm bin about ½ full of bedding material. I use a mixture of coconut coir and shredded paper.

Coconut coir holds onto water really well, while the paper doesn’t at all. This is a good combination so your bin isn’t too wet or to dry.

You could also try dry leaves, straw, or other brown composting materials.

When you first start your bin it’s a good idea to add some scraps to the bin a few days before adding the worms.

Worms can consume half their weight in kitchen scraps each day. You will typically start with one pound of worms, so add about 3.5 lbs of food scraps each week.

Worms don’t like to be disturbed so adding scraps weekly is best.

Mark where you add scraps (you can use a piece of paper as a map or use some sort of marker in the bin). Add scraps in a clockwise direction each week.

When you come full circle you should not see any kitchen scraps in the first spot. If you do, wait until they are gone before adding more. 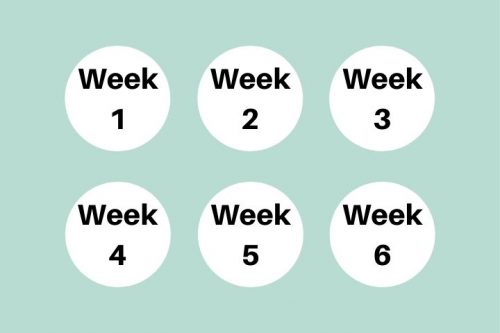 One bin is good for 1-2 people worth of kitchen scraps.

Lastly, use a spray bottle filled with water to keep the bin damp like a sponge. Food scraps can have a lot of moisture, so you may not need to use the spray bottle.

If you over water, add more shredded paper or other bedding material.

Red wigglers don’t like the light so they should burrow down pretty quickly. Some sources recommend shinning a light on the top of the bin to encourage burrowing, but I don’t know that it’s necessary.

My worms seemed pretty content with my coco coir and paper mixture.

But if you only have shredded paper for bedding you may want to try the light to keep the worms from escaping.

You can’t use just any worms you find out in the garden. Composting worms are different from earthworms. The best worms to use for composting are red wigglers. I got my red wigglers from Uncle Jim’s Worm Farm.

How Long Does It Take Worms to Compost?

It takes about 2-3 months for my bin to be filled with compost (and need to be emptied). Worms work fast and can turn kitchen scraps into compost in just a few weeks.

How to Harvest Compost

Harvesting the compost is fairly simple. After about 3 months you should have mostly composted materials. What I did was I started adding scraps to just one side. Then I scooped out the other side.

Then I started adding scraps to just that side so I could scoop out the first side.

You want to be careful not to scoop out worms, but in my experience, they were almost all moved to the other side. Check out the video for instructions:

I’m incredibly happy that I decided to try vermicomposting. I feel good that I can continue to compost food waste (instead of chucking it in the trash) while I’m living in an apartment.

I’ll likely keep using vermicomposting even when I have an outdoor compost pile since it’s a quick way of turning kitchen scraps into rich compost for the garden (or indoor garden).

What about you? Have you ever considered a worm composting system?