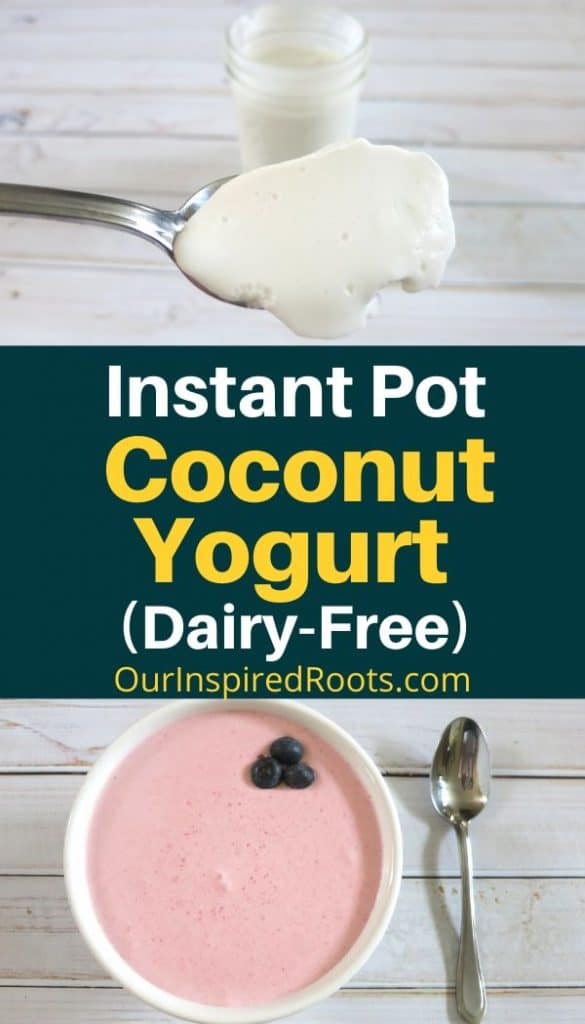 Fermented foods are an excellent way to get probiotics into your diet whether it’s savory sauerkraut or this coconut yogurt recipe.

Coconut milk yogurt is a lifesaver for me since I’m on the AIP diet and can’t have any of the store bought dairy free yogurts because they have tons of junk in them (and I don’t really want them either!).

I don’t think everyone needs to avoid dairy. Some people can tolerate it and that means dairy can be a healthy food for them, however, my (non-medical but highly researched) opinion is that many people who think they don’t have problems with dairy actually do.

Since I became a mom I found out that I and my two girls are dairy intolerant (though I never thought I had an issue before that). Elimination was the only way I realized it.

The quick explanation of dairy intolerance is this: gut health. Gut enzymes and bacteria are what break down food (including dairy). Without the proper balance in the gut, food doesn’t digest.

It’s also important for the gut lining to be intact so that those large particles of undigested food don’t slip through into the bloodstream, causing an immune response (this is what they call leaky gut).

If you can tolerate dairy, great. You can make this recipe with cow’s milk as well (I recommend raw milk) and leave out the gelatin. For the rest of us, we need a dairy free yogurt that is not full of chemicals. Homemade coconut milk yogurt is nutritious and healthy for most people.

When you can’t have regular yogurt but really love it (like I do) it’s nice to have a coconut yogurt recipe to make when you’re craving a creamy treat or want a quick breakfast.

Directions with an Instant Pot

has totally changed my life. The yogurt setting is what convinced me to buy it since I prefer things to work at least double duty. But this kitchen gadget works for so many more things. I can cook dinner even with frozen-solid meat and 20 minutes until dinner time. It really is that good (and has practically paid for itself helping me avoid last-minute take-out or grocery runs).

but it’s much quicker on the stove top). Add 2 tsp grass-fed gelatin *slowly* and whisk to blend. Pour into pint jars and let cool to 115 degrees F.

If you don’t have a candy thermometer you can use your finger to test the temperature. If you stick your finger into the coconut milk and don’t get burned but it is still warm to the touch, it’s the right temperature. You can cool it faster by submerging the jars in cool water for a short time.

Add the starter culture. If you’re using a packet, divide it up between the jars. You don’t have to be exact.

Place jars with lids (loosely on) into the instant pot. Pour 1.5 cups of water into the bottom of the pot

. Close and lock the lid. Select “yogurt” and make sure it is set to 8 hrs (the default).

When done (screen will read yogt) refrigerate jars for 6-8 hours or longer to thicken.

Directions Without an Instant Pot

This method is not as foolproof as the instant pot but can work well. I found that it was best in the summer when the air temp doesn’t go too low.

Do everything as above except place capped jars into a pot with warm water (the warmest that comes out the tap). Cover and let sit in a warm place for 8 hours. You can replace the water with fresh warm water if you like. Refrigerate to thicken.

What Coconut Milk Should I Use?

I have found that canned coconut milk leaves the yogurt with a funny tin taste. It’s easily masked with a bit of sugar but I don’t like the idea of metallic yogurt. I started using these boxes of coconut milk

which have no extra ingredients or gums in them, and don’t have a problem with taste. They’re also the same price as cans from the store so, that’s a plus too.

How to Use Dairy-Free Yogurt 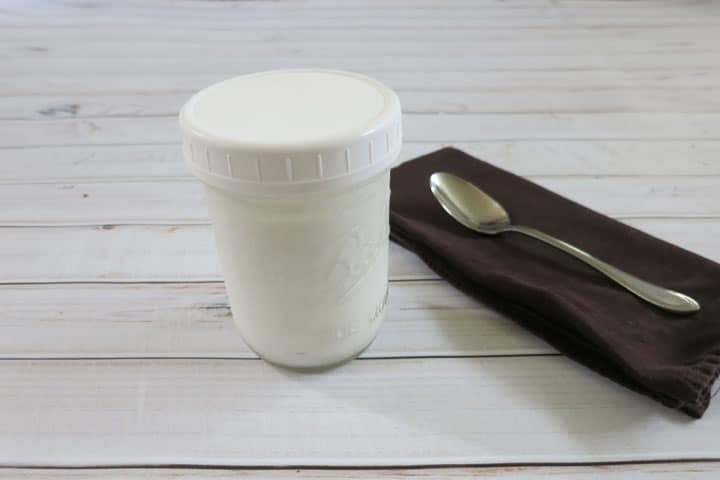 This coconut milk yogurt recipe can be used as is in any recipe that calls for yogurt. You can also sweeten or flavor it. Here are some of my favorite ideas.

I also like to mix in a spoonful of pumpkin butter for a fall variation. 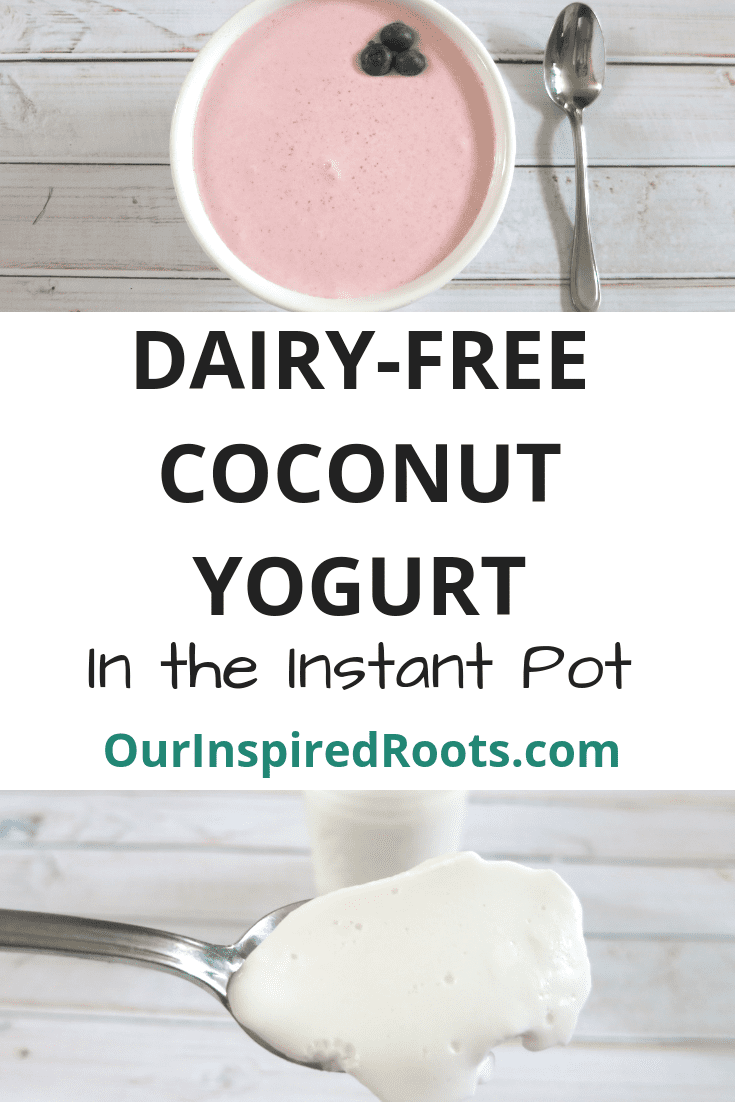